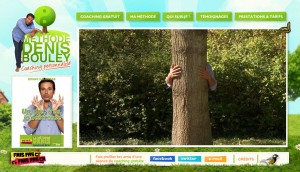 You certainly don’t know about that TV series, as it’s a French one (as it was very successful in France it got exported so actually you might), but even though I’m not at all in the target audience (feminine, and older than me), I love Fais pas ci, fais pas ça. It’s, in my opinion, a French TV series at its best: one which doesn’t try to take itself seriously, which enables finding original concepts, in that case the criticism of a certain part of society though two fictional families, who live in the same street, and both of which are part of the upper middle class, but very different kinds: one is bobo (that French term literally translates to Bohemian upper middle class, it means upper middle class people who try to act as if they were not, drinking sustainable coffee to show they care for people for example, but showing off with their i-phone) and the other one is a very traditional family, very religious, the husband working and the wife at home. They seem to be exact opposites, at least that’s how they see each other, yet sometimes they actually aren’t, the bobo family wants to look cool, and open minded, but more often than not the mother is actually putting a lot of stress into her children. And when they are actually doing things very differently than the other family, it is not a good thing as they are way too careless. The other family being very traditional they have all the defaults linked to that, and they hate the bobo family. But their children know each other and are friends of each other. That leads to a lot of funny situations. Anyway that article is not about the TV series but about its marketing campaign : The Denis Bouley method website (Sorry, it’s in French only).
I’ve always liked marketing concepts which are more than just advertisement for something, but rather try to attract attention in an original way, to create buzz. It’s the case there, that website looks like a professional coach’s business website, but especially kitsch and with a lot of videos inside – which is logical for a TV series. Denis Bouley is the father in the bobo family, in the series.
There are two positive aspects to this kind of concept. The first one to be taken as a present by the fans, in such a way as a DVD bonus is liked. This enables getting some fidelity from the audience, to make them want to see new episodes, enlightened by the fact they think they have received a special treatment.
But that’s also a way to make people who stumble upon that website and first find it a little weird, for a coaching website, then discover that’s because it’s linked to a TV series, the logo of which is present in the bottom left corner, with a link to its official website.
Of course the most important result will be the buzz, viral marketing created by people like me who find this website interesting and therefore link to it, making free advertisement for the series without nobody asking them to do that. People interested by the concept will then follow the link, and discover the series that way.
Whether you know the series or no it’s a fun website (if you speak French) which gives you an idea of the series’ humour.